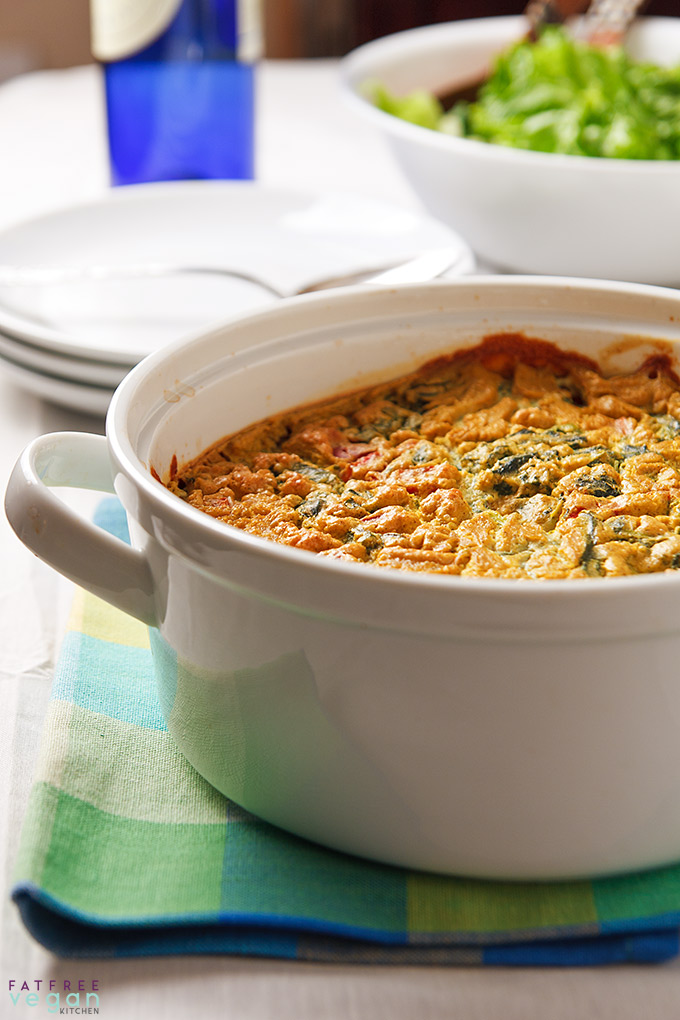 A few days ago I was in the produce department of the store I call The Frou-Frou Market when I noticed a leafy vegetable that reminded me a little of Chinese flowering cabbage.  I leaned in closer to read its label, and then recoiled with a shudder and walked away.

You see, the last time I tried broccoli rabe, sometime during the Clinton administration, I found it so bitter that I never wanted to try it again.  I was still shuddering at my vague memory of “Bitter Rob” when my gaze fell on several other vegetables that I used to hate: turnip and mustard greens, which I once thought of as bitter, and beets, which tasted like dirt until I started roasting them myself.

The Health-Food Angel on my shoulder whispered that maybe I should give broccoli rabe another chance, so I grabbed one of the green bundles and sped toward the cash register before the Junk Food Devil on my other shoulder could steer me toward the bulk bins of jelly beans. 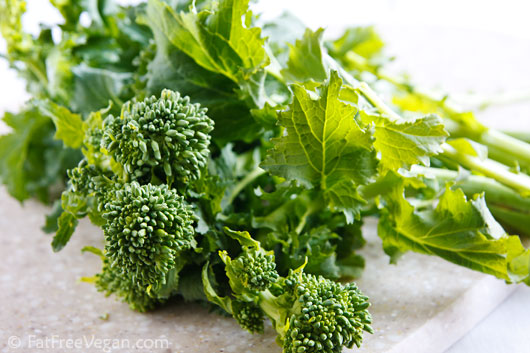 The problem with broccoli rabe is that it’s bitter if you cook it briefly like broccoli, which can be a shock when you then expect it to taste like broccoli.  I suspect that’s what happened the first time I tried it, but this time around I did my homework and read up on it before I cooked it.  I discovered that it’s much less bitter if you boil it briefly before going on to saute it or add it to a recipe.

So I tried pre-boiling it,  and just to be sure it was actually edible, I tasted it straight out of the boiling pot: no bitterness.  I could have eaten it plain, but then I wouldn’t have had a recipe to show you or bragging rights that within a month, I’ve added two new vegetables to this blog’s archives.  Now, if only I could get myself to re-try the dreaded rutabaga!

How to Prepare Broccoli Rabe

A couple of days ago I asked my Facebook followers if they liked broccoli rabe, and I got a lot of enthusiastic yeses as well as some suggestions of how to prepare it.  Many of these ideas include oil, so they’re not fat-free, but I think you should be able to leave it out or cut it down to a few drops: 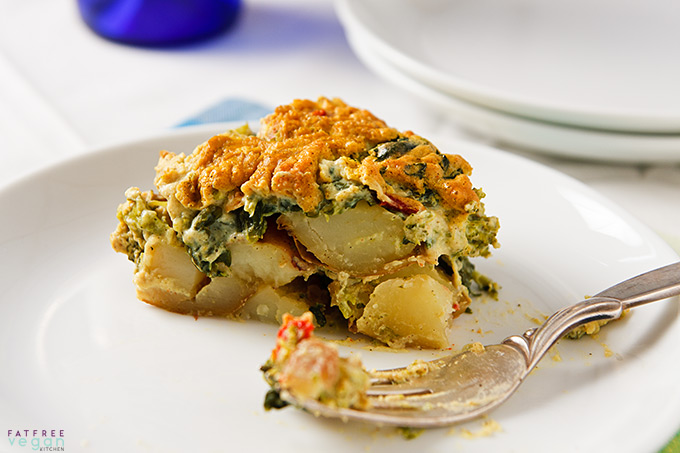 This recipe is sort of a hybrid of a casserole and a frittata, and because of the boiling of the broccoli rabe and the pre-baking of the potatoes, it’s more complicated than most of my recipes.  Feel free to substitute steamed broccoli or kale instead of broccoli rabe or use fresh spinach and avoid the pre-cooking process completely.  But your Health-Food Angel insists you at least give broccoli rabe a try.  And skip the jelly beans.