Strips of cabbage stand in for noodles and chickpeas for chicken in this low-fat, gluten-free vegan cabbage soup that is reminiscent of chicken noodle soup. 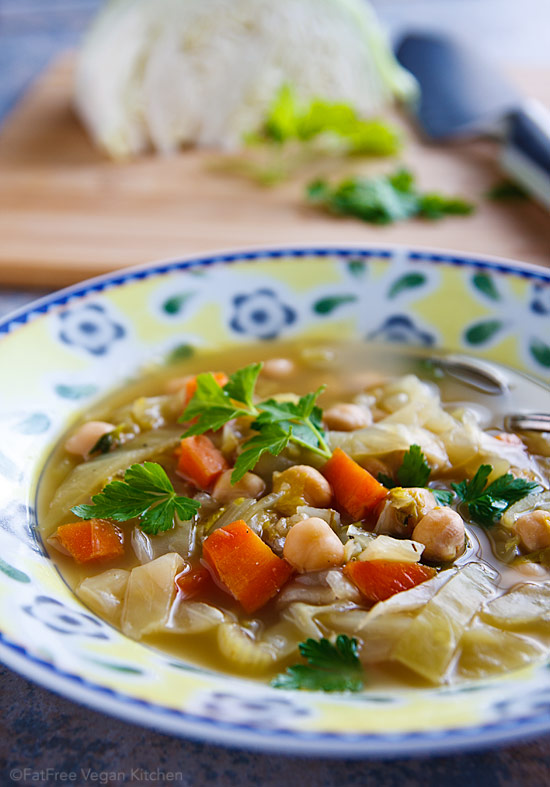 One of my daughter E’s favorite soups is a “Chick’n” Noodle Soup that starts with Imagine’s No-Chicken broth and includes, besides pasta, either Soy Curls or another packaged chicken substitute such as Lightlife Smart Strips.   It’s one of those dishes that feel comforting on a chilly night or whenever our spirits need a lift, so my family asks for it a lot.

As someone who is trying to cut down on sodium and processed foods, I know in my head that this family favorite isn’t the most nutritious soup in the world, but I’m not immune to its charms.  The stuff is addictive!   Nevertheless, when I found myself craving it recently, I decided it was time to give it a nutrition-boosting makeover. 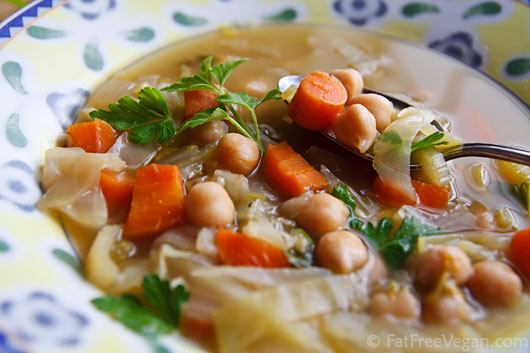 My new version uses no broth (the vegetables and seasonings create their own), substitutes chickpeas for “Chick’n,” and replaces the noodles with strips of cabbage.  Though E still demands actual pasta in her soup, I found this a satisfying stand-in and almost as comforting as the original at a fraction of the calories.

Best of all, if you’re following Weight Watchers, one bowl is zero points under the Freestyle program (you’d have to eat 2 of them before it counts as 1 point.) And if you follow Eat to Live, this is perfect, except possibly for the salt and miso. But if you’d like to make it heartier, fell free to add pasta, as my daughter does, or potatoes. And extra veggies, such as green beans, can only make it more delicious. 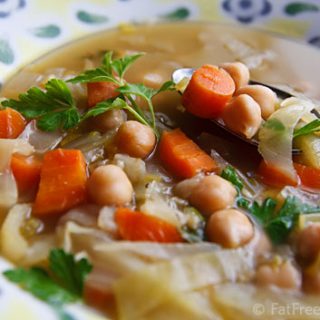 Cabbage takes the place of noodles in this low-calorie soup, but if you want to add more heartiness, add 2 ounces of pasta during the last 15 minutes of cooking or add a diced potato or two along with the water. I kept the sodium low by using water instead of broth, but for a richer flavor, you can add vegetable bouillon cubes to taste or use vegetable broth for half of the water.
Prep Time 10 minutes
Cook Time 35 minutes
Total Time 45 minutes
Servings 6
Author Susan Voisin

Course Soup
Cuisine Vegan, Weight Watchers
Keyword cabbage soup, chickpea soup
Have you made this recipe?Mention @SusanFFVK and tag #fatfreevegankitchen in your photos on Instagram.
Share on Facebook Pin This Recipe Share by Email 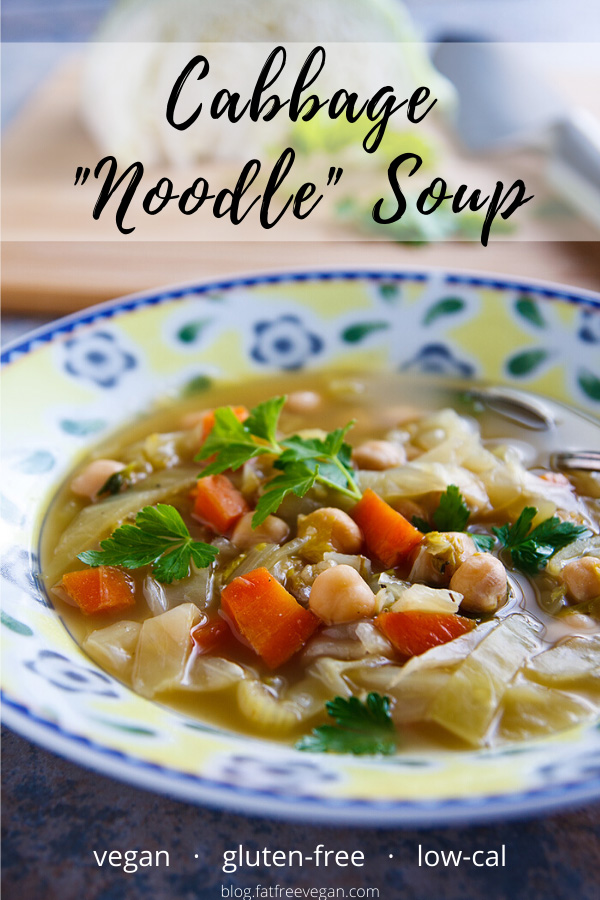