In this vegan Creole black-eyed peas recipe, the seasonings combine in a nice, thick gravy that envelops the peas like a cream sauce and actually isn’t very spicy at all. 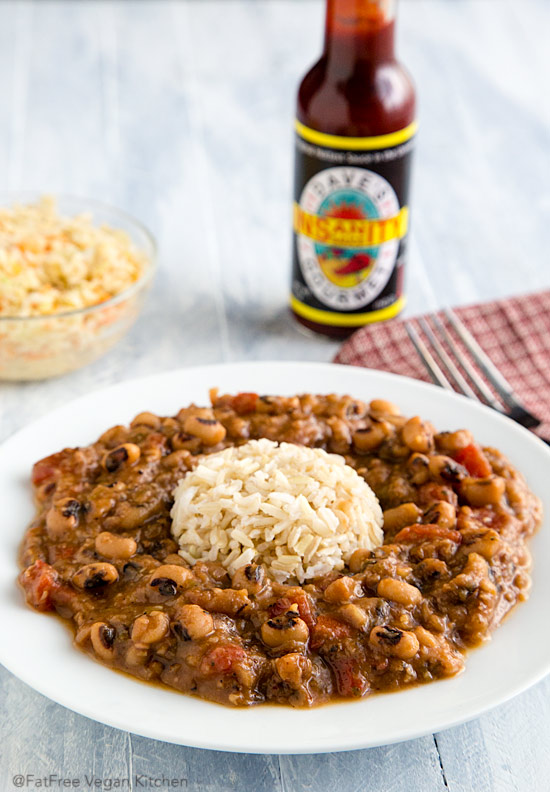 Last year, a cold made me feel so miserable that I didn’t even think of having my traditional New Year’s black-eyed peas until a few days into the new year. This year I was determined to have them on New Year’s Day, despite the fact that a sizzling, burning short in our breaker box had knocked out most of the electricity to our all-electric house. Though last year had turned out perfectly fine despite the delay, this year I wasn’t going to take any chances, even if it meant cooking on our little Coleman camp stove.

All right, all right. Actually, I’m about as superstitious as a pair of old boots. And as I’ve mentioned before, I’m not really big on traditions (or maybe I just like to pick and choose the traditions I follow). The truth is, I just like black-eyed peas, the long-simmered kind you make from dried beans, not the canned variety (which are fine for ordinary meals but nothing special), and the beginning of the year reminds me to go ahead and make them.

When I was growing up, my mother made black-eyed peas, greens, and corn bread for lunch every New Year’s Day, and carrying on the tradition brings back good memories. Even though I probably turned up my nose at it at the time, these days it’s a meal that epitomizes comfort food to me.

My mother isn’t fond of heavy seasoning (and truly, black-eyed peas are flavorful enough that a minimalist treatment is all they need), so she would probably never think of adding so many ingredients to her peas. But she grew up in Alabama where she learned the art of plain cooking, whereas I grew up in Louisiana and fell in love with embellishments: the “trinity” of onion, bell pepper, and celery and the heat of a little cayenne and hot sauce.

In this “Creole” take on black-eyed peas, the seasonings combine in a nice, thick gravy that envelops the peas like a cream sauce and actually isn’t spicy at all, as long as you keep the hot sauce to a minimum. Even my mother would approve. 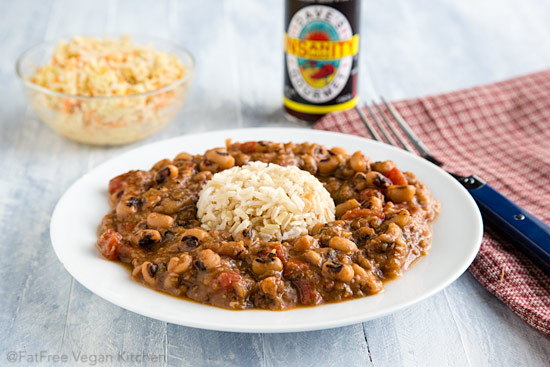 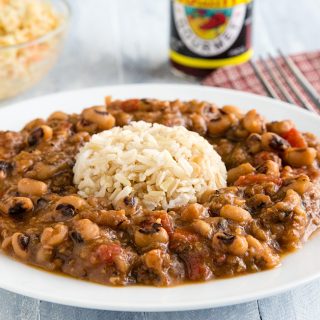 Tender black-eyed peas in a creamy, creole sauce that's spicy but not hot. These vegan black-eyed peas are so much faster in a pressure cooker, but if you don’t have one, soak your peas overnight and follow the instructions at the end of the recipe.
Prep Time 15 minutes
Cook Time 2 hours
Total Time 2 hours 15 minutes
Servings 6
Author Susan Voisin 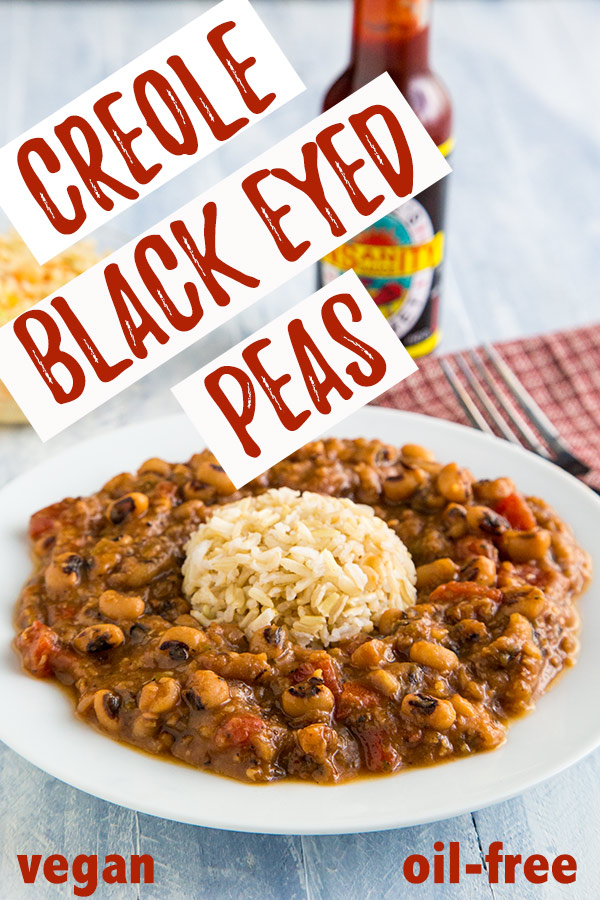 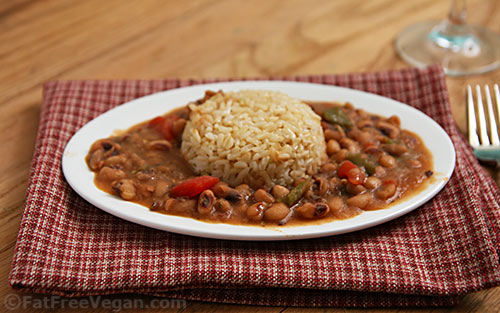