The Jackson Bowl features red beans and rice and greens topped with sweet potato croutons, but the star of the show is vegan Comeback Sauce, a spicy Mississippi dressing that adds a Southern drawl to anything. 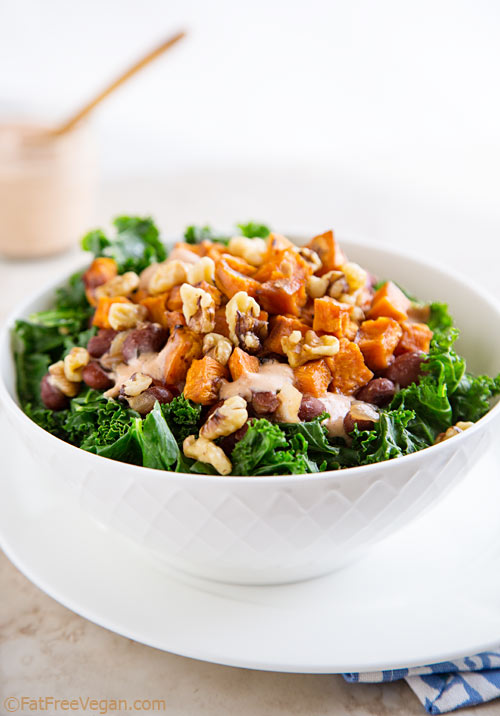 What makes a dish a local specialty? I’ve spent a lot of time mulling over that question since I returned home from a hectic, nerve-wracking (to this introvert), and ultimately exhilarating trip to Portland and Vida Vegan Con last week. (Big confession: I took almost no photos. See the end of this post for links to some people who did.)

My daughter E and I spent five solid days eating in incredible vegan restaurants that ranged from fast-food (Buffalo wings and All Hail Kale at Veggie Grill) to gourmet (gnocchi and beet tartare at Portobello Vegan Trattoria), but by the end it was a simple bowl of quinoa, kale, tempeh, and sauce–Canteen’s Portland Bowl–that made the biggest impression on me.

I’m still not sure whether it was the quality of the tempeh or the way it was prepared, but it was the best I’d ever had–flavorful, tender, and lacking that sharp, bitter taste that tempeh can have. I was left wondering what made this delicious bowl of food specific to Portland, and if I were to make a bowl based on my adopted hometown, Jackson, Mississippi, what would it contain? So I came home with a mission–to make The Jackson Bowl.

You know how when you move to a new area, there are things the locals know–shared history, customs, local dishes–that are entirely new to you, but which they expect you to know (and often won’t bother explaining to you)? When I moved to Jackson, I was thrown into a world of confusion when I’d ask about the salad dressing in a restaurant and be told “Comeback Sauce.”

No one could quite explain to me what it was, and it took an internet search to tell me that it’s a mayonnaise and ketchup-based sauce similar to a spicy Thousand Island dressing or a remoulade sauce. Since it obviously wasn’t vegan, I never sampled it in the local restaurants, but online recipes gave me a pretty good idea of what it would taste like. I knew that the sauce in my Jackson Bowl would have to be vegan Comeback Sauce. 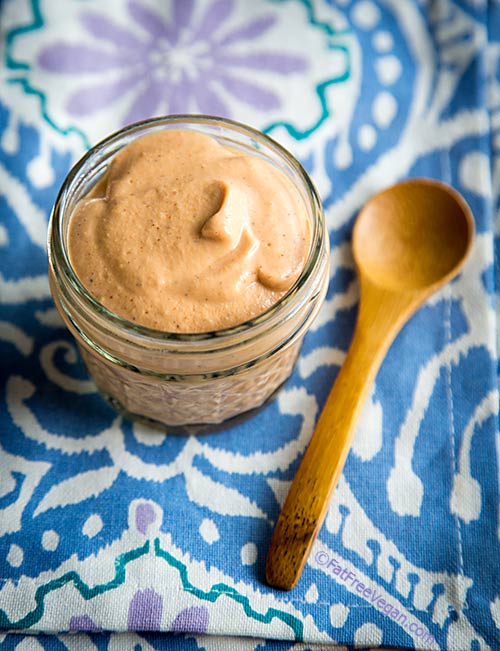 Making a vegan Comeback Sauce could be so easy: Just mix a cup of vegan mayo with quarter cups of ketchup and Heinz chili sauce and add some seasonings. But that’s too many processed ingredients for my taste, so I went back to basics on everything, substituting silken tofu and cashews for the mayo and tomato puree and seasonings for the ketchup/chili sauce.

And whether or not it tastes like non-vegan comeback sauce, this recipe is a keeper if you like spicy as much as I do. Before you even get to the kick of the red pepper and mustard, the raw onion and garlic give it a real bite. In Jackson it’s served with seafood or as a salad dressing, but you can dip your falafel, “crab” cakes, or sweet potato fries in it or spread it on sandwiches. Or make The Jackson Bowl! 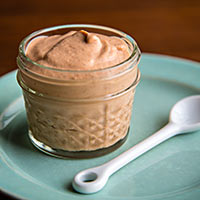 This spicy sauce is the epitome of versatile. Use it on sandwiches, as a dipping sauce for oven fries or falafel, or as a salad dressing. If you’re not a spicy lover, try it first without the cayenne pepper (the other ingredients make it naturally spicy) and add the red pepper to taste.
Prep Time 10 minutes
Cook Time 2 minutes
Total Time 12 minutes
Servings 12
Author Susan Voisin

Jacksonians like this dressing on the sweet side, so feel free to add more raisins or a few drops of liquid stevia to increase the sweetness. Weight Watchers, up to 2 servings (4 tablespoons) of this dressing count as 1 point on the Freestyle program.
Nutrition Facts
Vegan Comeback Sauce
Amount Per Serving (2 tablespoons)
Calories 31 Calories from Fat 11
% Daily Value*
Fat 1.2g2%
Sodium 162.4mg7%
Carbohydrates 3.9g1%
Sugar 1.8g2%
Protein 1.8g4%
* Percent Daily Values are based on a 2000 calorie diet. 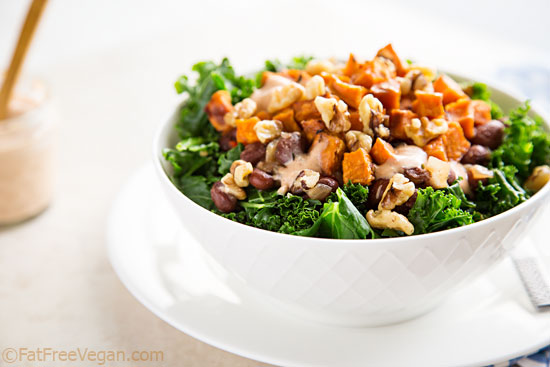 If there’s such a thing as Jackson cuisine, I think it would have to be a combination of country home cooking and soul food–field peas, greens, barbecue, and corn bread–heavily influenced by New Orleans’ Creole and Cajun dishes. You’ll find gumbos and red beans and rice on a lot of local menus, though they are never vegan.

I chose red beans and rice for my Jackson bowl because it’s one of the few local specialties that can easily be made vegan. And I topped it with sweet potato “croutons” in honor of the Sweet Potato Queens series of books and parade, another local tradition that I learned about only after moving here but which, like Comeback Sauce, gives this area its own spicy, quirky flavor. 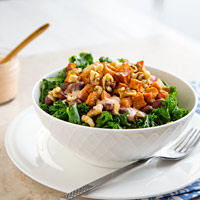 If you’re curious about the incredible vegan love-fest that was Vida Vegan Con 2013, check out these bloggers who weren’t so nervous that they actually forgot to take photos:

And so many more! If I left you out, please add a link to your post in the comments below.

This post contains Amazon affiliate links. When you buy something through them, I receive a commission that helps keep me bloggin’. Thanks for your purchase!