This tangy vegan kidney bean spread tastes great stuffed into a pita or spread on bread. Load it up with lots of fresh veggies for a great sandwich. 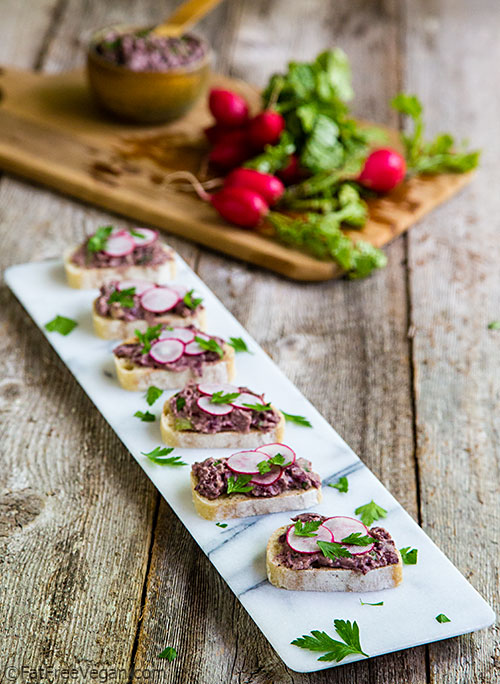 I like hummus as much as or more than the next vegan. After all, I have between ten and twelve hummus recipes on this blog, depending on what you count as hummus. But lately I’ve been thinking that I eat too many chickpeas and need a little variety in my bean dips, so I’ve been doing a little experimenting with other types of beans.

This red bean-based spread is a variation on Lobio, a popular dish in the former Soviet republic of Georgia. I adapted a recipe from one of my favorite cookbooks, Madhur Jaffrey’s World-of-the-East Vegetarian Cooking, by reducing the amount of walnuts, increasing the amount of beans, and omitting the olive oil. The original recipe kept the kidney beans whole so that it was more of a salad than a spread, but I wanted to stuff it into pita bread and make it into sandwiches so I slightly mashed the beans along with the walnut dressing.

The results were a tangy spread that tastes great packed into a pita with a lot of vegetables or spread on French bread piled high with lettuce, tomato, and sliced radishes. My recipe makes a lot, but the good news is it keeps well in the fridge for at least a week. 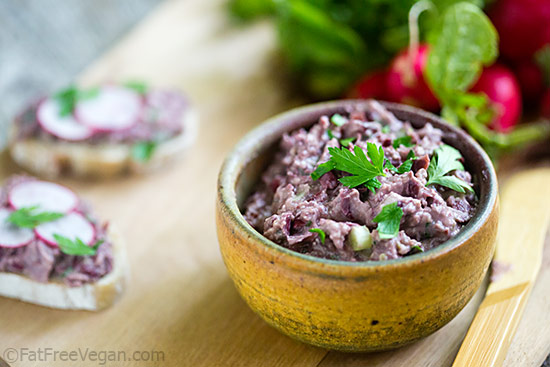 This would be a great base for sandwiches for your next picnic or 4th of July celebration. If you need more ideas for the 4th, check out my Vegan 4th of July Pinterest board, where I’ve been pinning everything from burgers to “ribz” to salads to red-white-and-blue desserts. 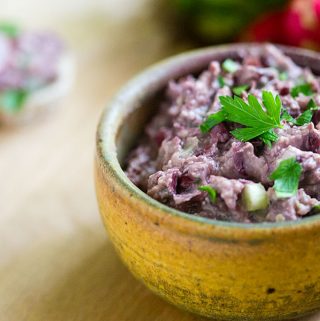 This tangy vegan kidney bean spread tastes great stuffed into a pita or spread on bread. Load it up with lots of fresh veggies for a delicious sandwich. If you’d like to serve it as a salad instead of a spread, keep the beans whole and toss the dressing with them.
Prep Time 10 minutes
Cook Time 10 minutes
Total Time 20 minutes
Servings 10
Author Susan Voisin