These vegan hot dogs have a better flavor than packaged frankfurters and a lot less fat and calories. Soy-free, low in sodium, and free of added sugar. 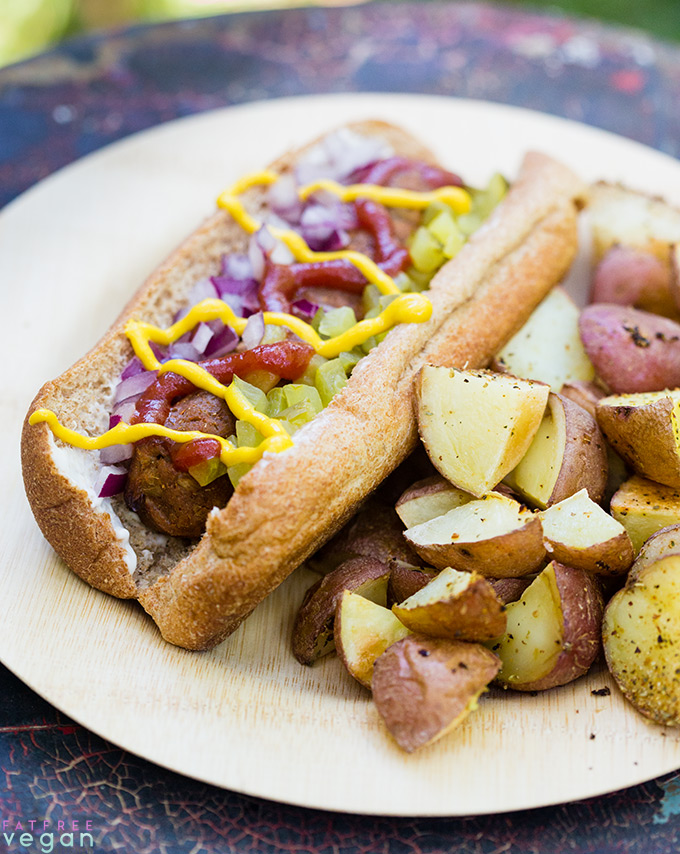 Af few weeks ago, my family had a craving for hot dogs, and having heard so much about Field Roast Frankfurters*, I decided to give them a try.

When I found them in the store and took a look at the package, it took a few minutes to get over my sticker shock, not at the price but at the nutritional stats. Each hot dog clocked in at 180 calories and 8 grams of fat. The ingredients list included “expeller pressed safflower oil” and “organic expeller pressed palm fruit oil,” ingredients I normally try to avoid.

Still, I had promised my family gourmet hot dogs and I figured I could practice self-discipline and eat just one, so I bought them and brought them home. Huge mistake! Not because they were bad but because they were so freaking good that my vow to eat only one vanished after one bite, and the only thing saving me from complete gluttony was the fact that there were only 6 frankfurters in the package.

I’d like to say that I’ll never buy them again, but Field Roast dogs basically ruined my family for other packaged hot dogs. More like a sausage than other veggie dogs, they had a great flavor as well as texture.

Fortunately, we don’t eat hot dogs or other packaged food often, so it’s not that big of a temptation, but I have to say that I’ve been practically haunted by the memory of them ever since we had them. And then I realized that I didn’t have to give in to temptation or give up on hot dogs–I could make them myself. 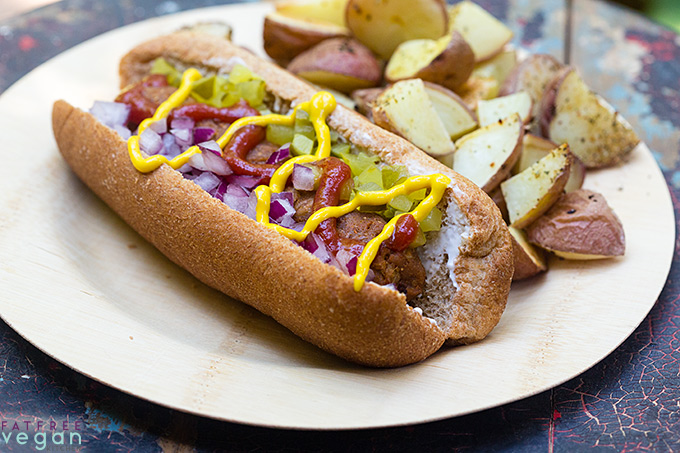 So I decided to make my own hot dogs for our 4th of July cookout. I started with my Italian Sausage recipe and added onion and seasonings such as coriander and mace to make them more “frankfurtery.” And instead of all the oil in those packaged dogs, I used pinto beans, with flax and rolled oats to absorb moisture and keep them tender.

They were a huge hit with my family. My daughter, who has grown cautious with my cooking experiments, said she forgot that they were homemade until she was halfway through her first dog and then marveled several times at how good they were. And I had a hard time keeping my husband from eating them all before I could take photos.

They definitely lived up to my memory of the Field Roast version, even with about 40% fewer calories and 83% less fat. They’re soy-free (if you use coconut aminos), low in sodium, and added sugar-free.

I wish I could say they were gluten-free for my gluten-free readers, but as someone who has no trouble with gluten, I like to indulge now and then. If you’re up for experimenting, you could probably take my Beany Breakfast Sausages, change the seasoning, and shape them to fit a gluten-free hot dog bun. 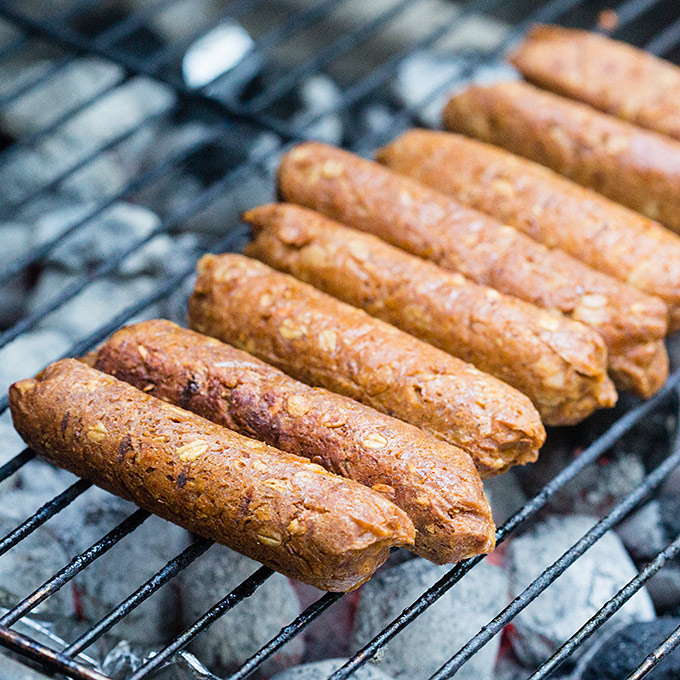 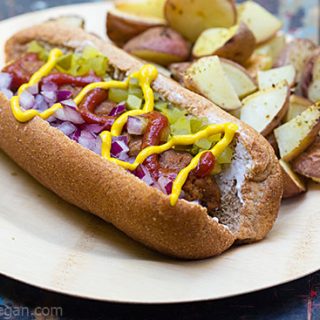 It's easier than you can imagine to make your own vegan hot dogs! And they're so much healthier when you control the ingredients.
Prep Time 20 minutes
Cook Time 45 minutes
Total Time 1 hour 5 minutes
Servings 8
Author Susan Voisin

Course Main Course
Cuisine American, Vegan
Keyword vegan hot dogs, veggie dogs
Have you made this recipe?Mention @SusanFFVK and tag #fatfreevegankitchen in your photos on Instagram.
Share on Facebook Pin This Recipe Share by Email

*I have no affiliation with Field Roast or its Frankfurters.