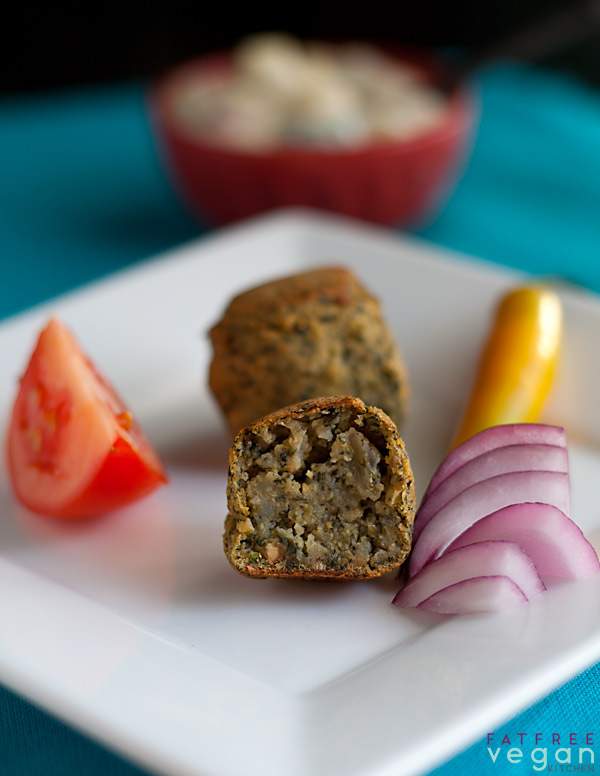 I never buy cookbooks for the pictures, but I broke that rule a few months ago after previewing Tropical Asian Cooking. It’s nowhere near a vegan book, though there are several vegetarian or near-vegetarian recipes, but the photos were just so lovely that I had to have a copy.

So I bought it and it sat for months by my reading chair with pieces of paper sticking out to mark potentially good recipes. But most of its dishes require more time and energy that I generally have, so none of them got made, until last night.

Spinach Kofta caught my eye because it was easily veganizable by replacing the cheese with tofu and some seasoning, and the fat could be reduced by baking instead of frying. Unfortunately, I wasn’t sold on the eggplant sauce that accompanied the recipe, so after some thought, I decided to use a raita-style cucumber sauce instead. 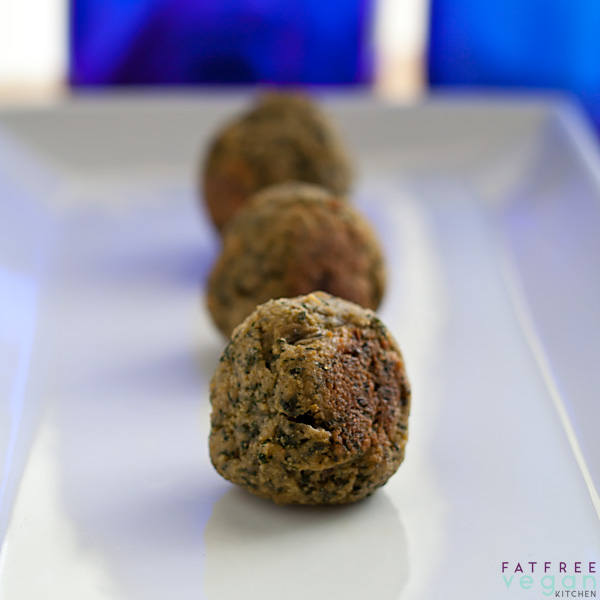 I will not lie to you: It was a lot of work for a week night. The list of ingredients looks simple, until you realize that the potatoes and the spinach need to be cooked before the rest of the recipe is put together. But all in all, it was worth it.

The kofta, crispy on the outside and tender on the inside, were mildly seasoned, and even E., who didn’t want to try them at first, wound up cleaning her plate. And though they are seasoned with curry, I served them with pita bread and hummus, so consider them a cross-cultural kind of dish. 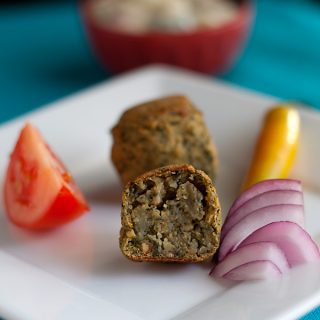