Created from basic ingredients and seasonings found in Irish home cooking, this hearty vegan Irish stew is a healthy, filling meal all on its own. But add some soda bread and salad for a real feast! 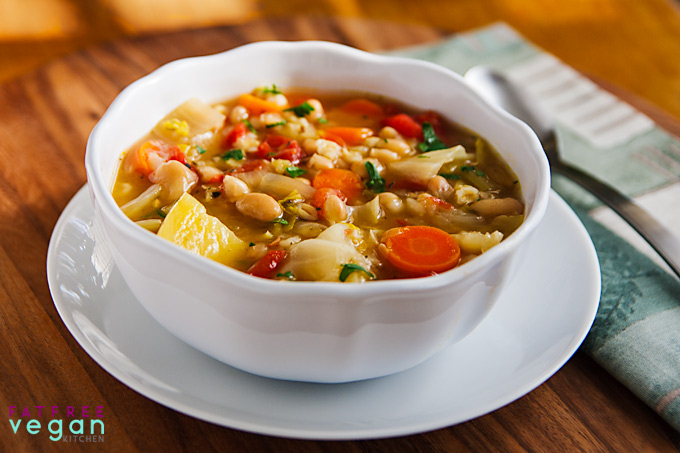 What makes a dish Irish? Ask the average person on the street and he will probably tell you “corned beef and cabbage,” although I have it on good authority that corned beef is not a traditional Irish food. I’m certainly no expert; though I’d like to believe that at least some of my ancestors came to America from the Emerald Isle, any recipes or culinary traditions they might have passed down through the ages were lost long ago.

So I can’t claim that this vegan Irish stew is an old family recipe or even a traditional Irish recipe that I adapted or updated. It’s purely my own creation, created from basic ingredients (cabbage, potatoes, carrots) and seasonings (parsley, thyme, rosemary) that can be found in the simple, hearty dishes of Irish home cooking. With barley and white beans, too, it’s a healthy, filling meal all on its own. But try it with a hearty bread for a real treat. 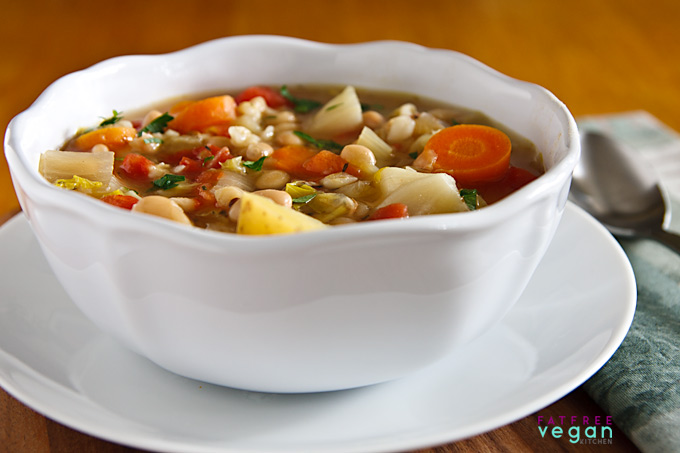 While this hearty stew is perfect for St. Patrick’s Day, my family loves it all year ‘round. Try it! You’ll be amazed how the cabbage takes on an almost sweet, mellow flavor. It will make a cabbage lover out of you. 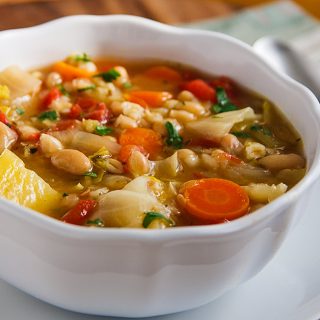 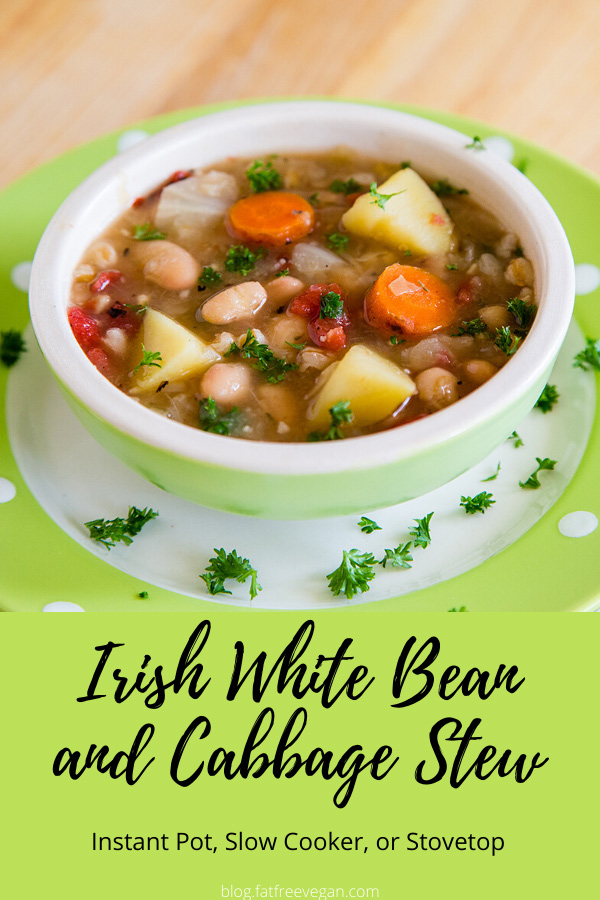