You can make this hummus-baba ghanoush hybrid in minutes by cooking the eggplant in an Instant Pot or pressure cooker. 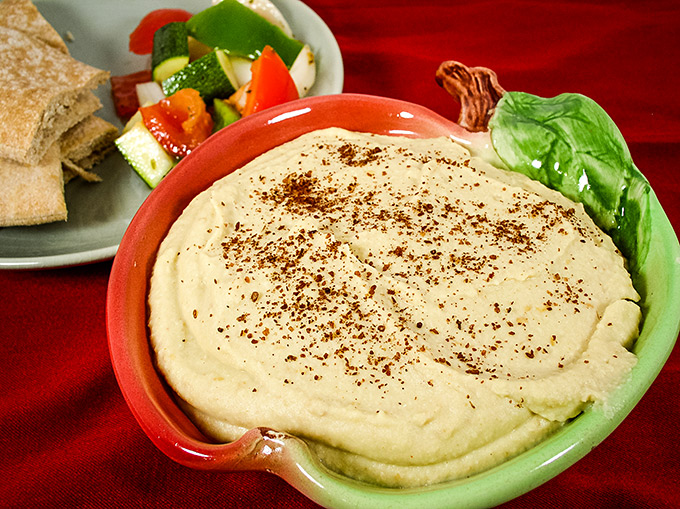 I had a sudden craving for baba ghanoush, but it was much too late to roast an eggplant. So I decided on an unorthodox method of cooking it, in the pressure cooker.

Within about 5 minutes, I had completely cooked eggplant and also a problem: The eggplant was hot, and whoever heard of eating hot baba ghanoush? I needed to add something to cool it off, so midway through I decided to combine my Baba Ghanouj recipe with my basic hummus recipe, and the result was . . . great! Even E., who doesn’t like baba ghanoush, liked it. Apparently, hummus with eggplant in it is acceptable even to eggplant-haters. Who knew? 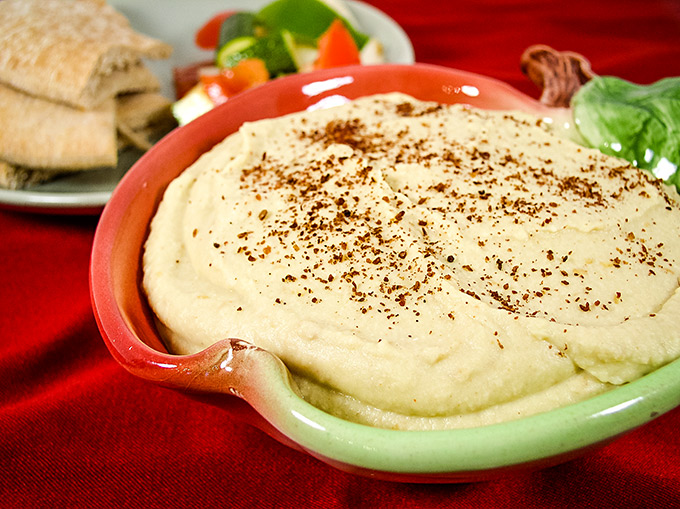 Since roasting gives eggplant a lot of flavor, I suggest roasting or grilling it if you have the time. If you cook your eggplant in a less flavorful way like I did, you may want to add a little smoked paprika to give it a hint of smoky flavor.

The recipe makes 8 good-sized appetizer servings of Hummus Ghanoush, perfect for dipping pita bread into as a snack or for stuffing into a pita along with salad for a great sandwich.

Check out my other hummus and baba ghanoush recipes: 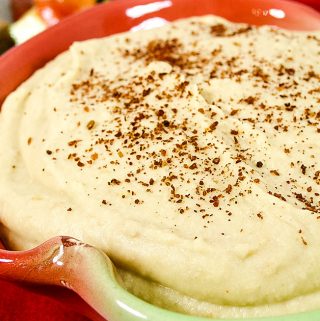 Cooking the eggplant in the pressure cooker speeds things up, making this a baba ganoush - hummus hybrid that you can make in minutes.
Prep Time 10 minutes
Cook Time 5 minutes
Servings 8
Author Susan Voisin