A secret ingredient gives this vegan gumbo a savory richness, while tender chunks of sweet potato add heartiness and flavor. 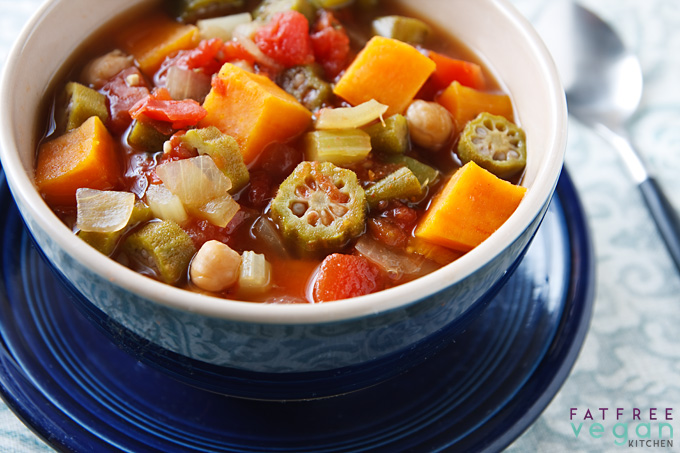 With okra, as with most things in life, size does matter. When you’re talking okra pods, smaller is better—tender and tasty. Let them grow too big and they become tough and woody. However, when it comes to the plants themselves, bigger is definitely better. After a summer of more garden failures than I care to count, the little plot beside my house somehow managed to produce a small crop of enormous okra plants: 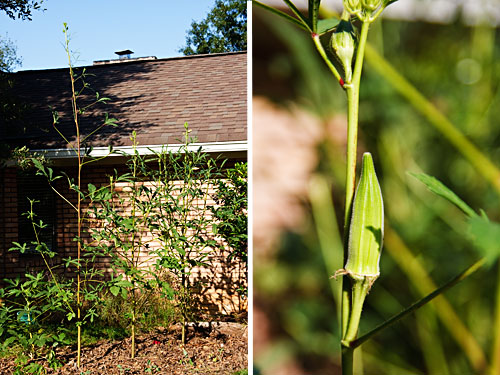 One of them is at least 16 feet tall; to pick the okra at the top, I have to grab the stalk and bend the whole plant over.

From these four plants, one of which is a dwarf variety, I gather about ten pods a day, which I save up until I have enough for roasting or gumbo. If I skip picking them for even one day, the pods grow to five or six inches in length and become too tough to be good to eat. Recently, I left them unpicked for two days and when I harvested the ten overgrown pods, they alone weighed almost a pound. Interesting, yes, but inedible.

With so much okra to use up, we’ve been enjoying a lot of vegan gumbo lately, with different ingredients depending on what’s the the refrigerator. Yesterday I got a craving for sweet potatoes and decided to create a gumbo to fit my mood, with tender chunks of sweet potatoes and enriched with a secret ingredient: peanut butter. 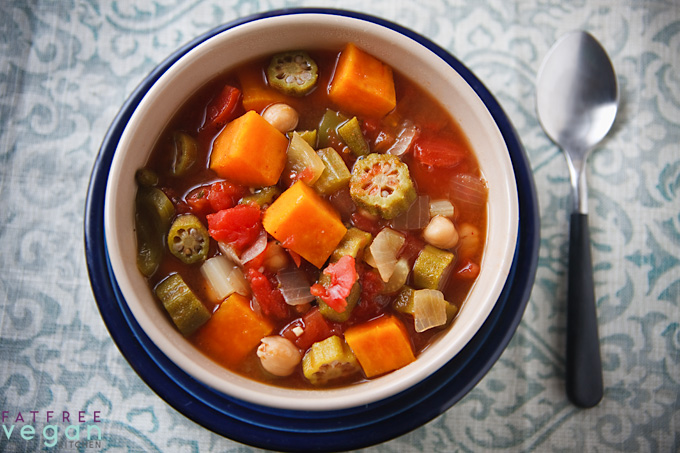 Using peanut butter in gumbo may sound a little strange until you consider that gumbo, which gets its name from the Bantu word for okra, is similar to and probably descended from stews common in West Africa, where peanuts are a staple. The one tablespoon I used here contributes just a subtle flavor, but it’s enough to make this one of my husband’s and my favorite gumbos. 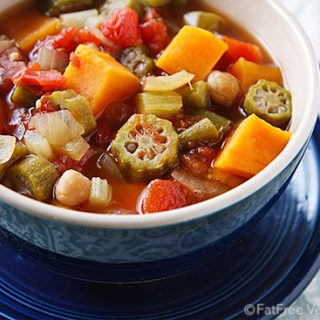 Peanut butter is the secret ingredient here; it really elevates the gumbo to something special. Leave it out only if you absolutely have to avoid the approximately 1.3 grams of fat it provides. To deepen the flavor without making a roux, I cook the onions until they begin to caramelize. A pinch of baking soda speeds up this process.
Prep Time 15 minutes
Cook Time 1 hour
Total Time 1 hour 15 minutes
Servings 6
Author Susan Voisin

Course Main Course, Stew
Cuisine Vegan
Keyword 1 weight watchers point, vegan gumbo
Have you made this recipe?Mention @SusanFFVK and tag #fatfreevegankitchen in your photos on Instagram.
Share on Facebook Pin This Recipe Share by Email 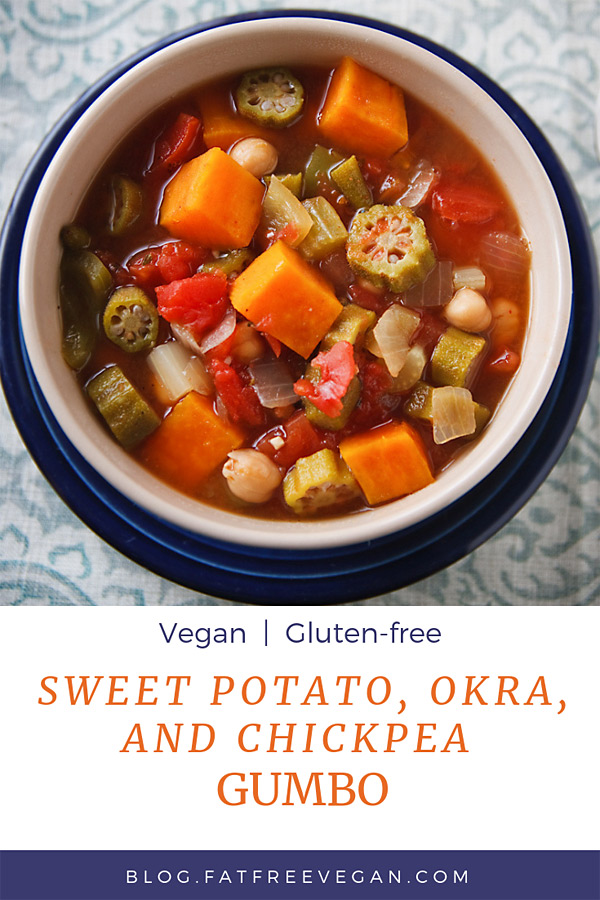