Tender, young mustard greens and turnip greens are quick-cooked in just a little broth with onions and tossed with ginger and dried cranberries. 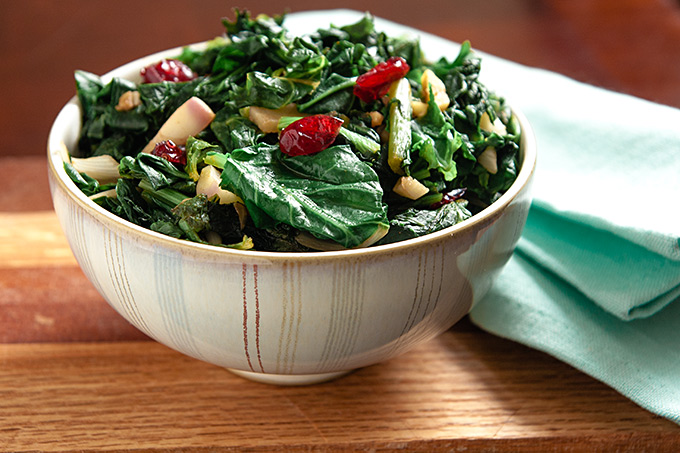 On this day in 2006, I decided to start a blog.  At the time, I barely new what a blog was, but it seemed like a way to personalize my website, so I decided to give it a try.  I had no idea that simply recording what I was cooking would very quickly evolve into creating and sharing my own recipes or that snapping quick photos at the dinner table with my point-and-shoot would eventually lead to a dining room filled with photography equipment and “props” (formerly known as dishes).

I’ve written three anniversary posts now (years one, two, and three are in the archives, but I somehow missed last year), and it feels like I’ve said everything there is to say about the occasion, but one thing bears repeating: Without you readers, this blog would not exist.

Knowing that there are people out there reading what I write, cooking what I cook, and being (I hope) entertained by the photos that I take has made me strive to be a better writer, recipe developer, and photographer.  I never cease to be educated and inspired by your comments and emails, and I know that recipes aren’t created in a vacuum: It takes a village to raise a mini tofu quiche, in all its myriad variations.  So thank you all.  I really couldn’t do it without you–and wouldn’t want to. 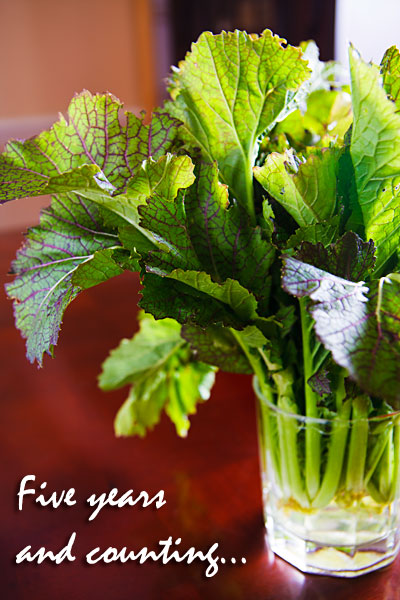 As a token of my thanks, I offer you this bouquet of red mustard greens that I bought last week at Rainbow, the natural food co-op here in Jackson.  Todd in the produce department graciously answered my “What the heck is this?” with information on both the greens and their grower, a local tomato farmer who is growing several varieties of greens for the winter.  Todd advised cooking the mustard greens with turnip greens, to balance out their peppery bite, so I bought a bunch of each.  Some of the turnip greens even had tiny turnips attached: 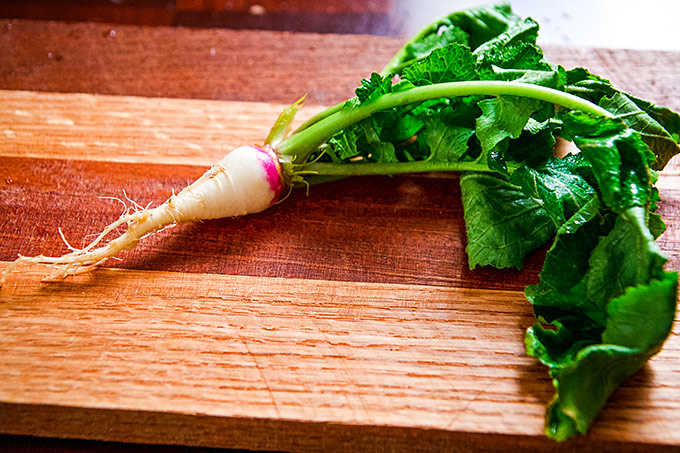 Traditionally, Southerners cook greens by simmering them in ham-seasoned water until very tender, often an hour or more, and with older greens, I do a similar, vegan version using caramelized onions and hickory salt to get the smokey seasoning without harming a pig.

But these mustard and turnip greens were young, very tender, and thin-stemmed, so I opted for quick-cooking them in just a little broth.  I cut the tiny turnips into slivers and added them to the skillet with the onions and tossed in a little ginger for fragrance and bite.  But the real excitement is provided by the handful of dried cranberries I added to the greens just before serving.  Their sweet and tangy flavor complemented the peppery greens just perfectly.  This Southerner, at least, has a new favorite way to prepare vegan greens. 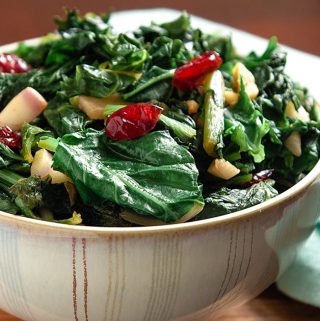 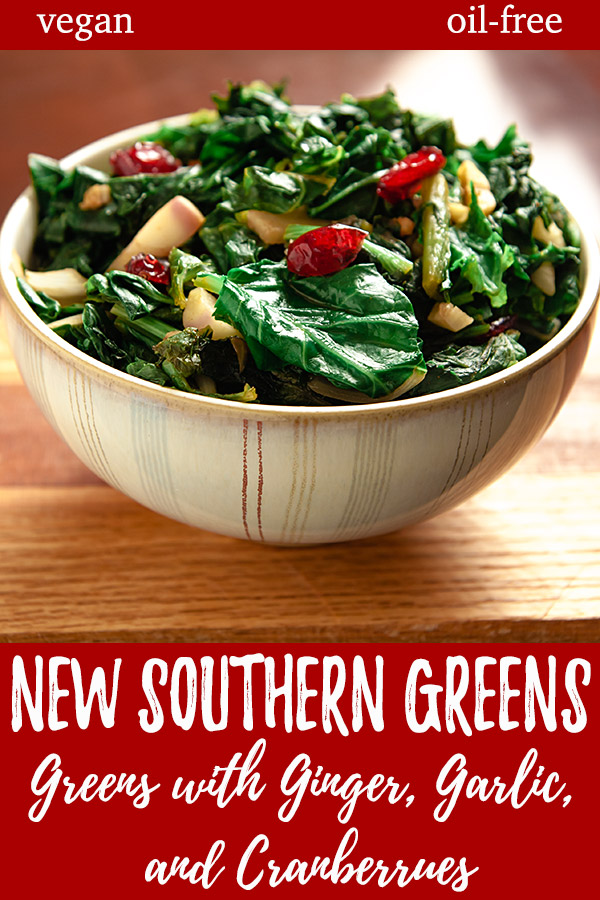